There is something of inexplicable value in knowing why. As in “Why he did it.” A belief that a lesson can be learned, a preventative measure taken against the next time. Because we know, with the certainty the sun will rise in the East there will be a next time.

We know the who, what with, where, when and how – but, lingering through tears, the mystery of why remains., 58 dead. Knowing the why behind the shooter’s  calculations won’t resurrect any of the innocent concert goers. ‘Why’ won’t compel politicians to action nor lobbyists into silence.

I can’t grasp the value of finding out the ‘why’ for I don’t believe it will ever be discovered. That even if the ‘why’ is found, it won’t explain the events of October 1, 2017.

There is a story – which I pray is true – about a college philosophy student who opens her final exam to find it consists of one word. “Why?” Only one student in the class aces the exam. Her answer: “Because.” I pray that this story is not urban legend.

Why is there evil in the world? Because.

Why can’t I rage and scream, write against it and make it stop? Because.

Children everywhere ask ‘why’.  They want to know the unknowable.  Why? Because they believe our world is reasonable and there are answers. The answers that will allow them to put our world in order.

But our world is not rational, often not graspable and certainly not orderly.

I am disgusted that the shooter’s name will be known but the person who pulled another into a car for safety will never be.  The shooter gets the headlines – the everyday heroes who slaved through the night to save the victims are a soundbite.  Why?

Why did bullets maim and kill while others grazed their victims? Why does mankind use his freewill to commit such evil? Why can’t we be and do better? Because, because, because – I have no better answer. I hope that I will. Some day. 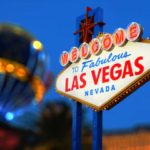