On November 5, 2015 – the anniversary of Guy Fawkes and his Catholic crew’s attempt to blow up the British Parliament in 1605 – my world was blown up with a diagnosis.

“Could it be anything else?” I asked the head of UCLA’s Movement Disorder Clinic
“No, it’s Parkinson’s Disease,”  he replied.

There was never denial – I’d known in my gut what science confirmed to my head that morning – but there were several steps required as I grew to accept my new neuro normal.  It’s an adjustment, a process – and, like so much of life, it’s okay for the most part. The sun still rises in the east, and my life continues  – only now it’s with a twitch, an occasional shuffle and the knowledge that while inevitable, I am doing what I can to ensure my disease’s progression remains slow.

I am not a scientist. I am merely a being with a chronic condition. And agency. And, as the Covid-19 pandemic demonstrates, we must use our individual agency for the common good lest the novel cootie’s curve flatten us before we can flatten it. Pandemics and Parkinson’s Disease have another thing in common; neither can be completely contained at this juncture– the goal is mitigation.

There are many tools in the Parkinson’s Disease mitigation toolbox – diet, exercise, and medications to ameliorate symptoms. And now there may be a new tool, which is why, on March 2, 2020, I started to pray for gastric distress.  No, not because I’m “a stomach flu from my goal weight,”  (I should be so lucky to be as thin and elegant as Emily Blunt… ) but because I’m part of a clinical trial.  I got a doctor’s referral and then spent four hours being questioned, poked, and prodded to make sure I had the right type of twitch. I do, and am now one of 57 trial subjects. I am a delighted guinea pig.

I am part of a double-blind study – neither the researchers nor I know if I’ve gotten the actual medicine or a placebo. It is a phase two trial of an FDA-approved drug for Type 2 Diabetes now being investigated for its hoped-for ability to slow Parkinson’s Disease’s progression. There is a 66% chance that I am injecting myself daily with liraglutide. One of liraglutide’s common side effects is tummy trouble. 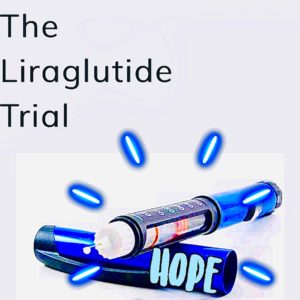 Last week, when my dose was increased for the second and final time, I came home and ‘regifted’ everything I’d ingested – or even considered consuming – into the toilet. I was green. I was thrilled.  Nausea, a diet I can stick to – while I stick myself with what I think is the actual trial drug in the name of my own salvation.  And science. I am advancing knowledge. I am part of the hope I hold onto for myself and others.

I’m helping my system adjust to the new (I hope) medicine. I’ve changed the time of day when I inject myself and what I ingest prior; timing and consistency are not among my strong suits. Neither is being cooped up with my kids; mitigation and curve-flattening —  like growth of every stripe — requires drudgery. And more attention than I’d like to admit.

Parkinson’s is a bigger part of my life now. Not because of its limitations – again, they’re not onerous yet; I never had fine motor skills or grace so can’t miss them – but because of medical protocols: Carbidopa-Levodopa (the drug that feeds my brain the dopamine it refuses to produce) has to be taken on an empty stomach three times a day.  So far, I tolerate liraglutide better with food. Thus, I have to pay more attention to my Parkinson’s Disease now than before.  More attention must be paid to health maintenance by all of us who are lucky enough to age – my routine is just more proscribed.

I choose hope. Today. And tomorrow. I choose to believe that this drug will help retard my progression. I choose to believe that regardless of what’s in the injection pen, I am advancing scientific knowledge. I choose faith in medicine’s loftiest aspirations – and the market’s greediest goals.  I choose agency and brilliant doctors I am blessed to have access to. I choose remaining cloistered yet connected. I choose faith, family and my friends who I count as family. My glass is 2/3  full. I hope that you also see it that way too – from at least six feet away. 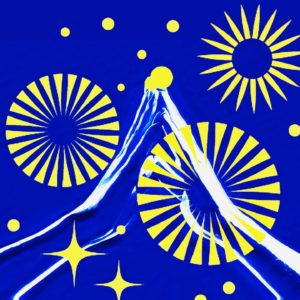