My daughter is fierce. My daughter is not a morning person.  Most school and camp activities start between 8-9am.  These three facts come into conflict in my house every weekday.  The drama involved in waking my daughter often sets a … shall we say… less than positive tone for the day.

The raising of the tween – now teen – has been a long-running fret; I wrote about it here two years ago. My usual routine – should I draw the short straw and be the one forced to take on the chore – was simple.  I’d walk into her room, her alarm humming –that was a waste of money – and extoll my first born to rise and shine.  Turn on the lights, open the curtains. Grunting was the only response.

“Why not try going to bed earlier?”

“I did,” she’d scream– when I dared to reenter her room to gently remind her that her breakfast would be ready in 15 minutes.  Sure, we got to places on time but the toll was a lousy car ride. My daughter in the front seat, shoving protein in her mouth, skipping song after song, refusing to look at me. My son in the backseat staring out the window trying to avoid becoming collateral damage.
The problem is not just that my daughter takes after her father – neither are morning people. And the problem is not just ours, it’s systemic; school schedules are at odds with teenage body rhythms.  Nevertheless, I will try to be as absurd as possible to challenge my wee one into consciousness without yelling.  Because the path for today’s children requires the institutionalized absurdity of starting teen activities at 8am when they’re wired to slumber until much later.

Until I just can’t fucking do it.

“Grunt, grunt.” One pillow was thrown at me, a second squeezed over her head.

“I am not going in there,” her younger brother announced preempting my request as I stepped into our hallway.

In desperation, I passed the baton to my husband.  Reluctantly, he picked up the phone and started discussing the invasion of Normandy over the intercom into our teen’s room.  A fifth important fact to note here is that my husband is a former history teacher and avid reader of historical non-fiction.

Time for round two.

Something had to change. And I had to be the one to change it – which is where the fourth fact you need to know comes in.  A reliable source has told me that the thought of weaponizing my ‘singing voice’ has been discussed at the highest levels of the CIA. 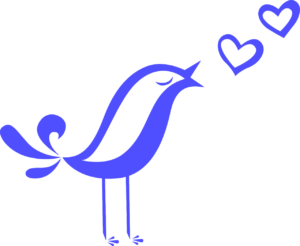 The next morning, I entered my slumbering child’s room with a spring in my step and a song in my heart.

I sang along with the alarm clock humming while opening the curtains and turning on the lights.  My son, who of course was already awake and playing with Legos, upon hearing my song said, “You know mom, I almost feel sorry for her.”

My daughter issued a guttural grunt – of pain? – but I could swear she did it with a smile. And, shockingly when I returned to her room, she was in her closet dressing.

“It’s alive, it’s alive,” I uttered, heading toward the kitchen.  I have got to make her watch the original Frankenstein so she realizes just how funny I am.  And no, not funny in the way that all teens think that their parents are.

Breakfast and the car ride were pleasant.

“I love you, mommy,” replied each of them.

Sure, we got to school two minutes later than usual but all of us started the day off smiling.