A couple of years ago, my mother and I were escorting my then-kindergarten daughter to the car after her ‘Winter Concert’ (concerts are supposed to be melodious… thus the quotation marks around the mention of this event) when a skirmish over how to help my child develop healthy self esteem occurred.

“Honey,” I said to my five year old, tenderly, “if you’re going to be on stage, you should know the words you’re ‘singing’.  And, if you don’t know the words, don’t look around and tug at your dress.”

“Stop, it, Amy,” my mother counseled urgently, “or you’ll hurt her self-esteem.”

“Mother,” I said in that tone, the one which no daughter can resist using when discussing parenting techniques, “I’m just being honest.”

“You don’t always have to be so… so… forthright,” my ever-tactful mother replied.

Hmm… maybe this is why even as an adult I don’t believe my mother’s compliments – I still think that she is just trying to say the right thing so that I will esteem myself, … which I do.  Really.  And, more importantly I have a realistic view of what my strengths and weaknesses are.

Which one of us is right?  How should mothers comment on our children’s activities so that they develop self esteem –confidence in one’s own value – without becoming narcissistic, a mental disorder where folks over inflate their worth?

Ohio State University recently released a study ‘revealing’ that over-praising one’s progeny makes them priggish.  Or, as the press release about the work put it, “Children whose parents think they’re God’s gift to the world do tend to outshine their peers – in narcissism.”  How can a parent ‘overvalue’ their kid(s)?  Well, by answering, ‘yes’ to questions such as, “[is your child] more special than other children” and “[does your child] deserve something extra in life,” on surveys.  These kids tended to score high on narcissism tests later on.

No kidding.  And I can see why this occurs. We’re having children later in life, paying more attention to them than past generations and supplementing their schooling with every sort of enrichment activity.  So, by virtue of the money and sweat equity invested, we have to view our kids as more special than the others who are being put through the same gauntlet lest our own self-esteem be assaulted.

Yes, my children go to a great school and take piano lessons – my daughter takes art classes my son participates in two sports and yet… I panic that my 11 year old daughter will never get into college because she hasn’t yet found a sport she’ll stick with for more than a season.  I fret that neither of them practices piano nearly enough.  I fret about their grades.  I fret about what their dentist says about their teeth, I fret about … well, you get the idea.

So, yes, even though I am as guilty as the next upper- class parent of pushing my children, I don’t think that they are any more perfect than the next kid.  Really my daughter’s painting is far superior to my stick figures but no, they are not gallery ready. I tell her this, with a hug and she is okay with the comment.  And, as you those who have read know, she is perfectly okay with her lousy singing voice and that we laugh about the pain our ‘harmonizing’ can cause.

My younger son is a more gentle soul, so when I critique his handwriting and tell him to rewrite his name, or the answer to a homework question, I have to be a bit less blunt than I am with my daughter especially when he is tired.  Nevertheless, I offer a forthright appraisal of what I see.

There is no self-esteem movement in my household.  There are only two parents invested in our children taking advantage of their privilege so that they grow up to be high achieving, contributing members of society.

I hold the bar high for both of my children and tell them that I do so because I know that they are capable of doing well.  I tell them when I see improvement as a result of their efforts.  I tell them that they can do better when they stumble.  I praise, I criticize with love… well, sometimes with frustration but I try to be loving and constructive in all of my commentary.  But, as we know, perfection is an ideal especially when accessing me.

Turns out I may be on to something:

“Overvaluation predicted narcissism, not self-esteem, whereas warmth predicted self-esteem, not narcissism,” Brad Bushman, co-author of the study and professor of communication and psychology at The Ohio State University.

So, I think I’ll keep up my blunt force parenting style – except when my mother is within earshot. 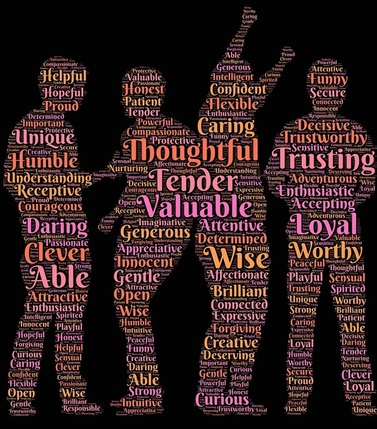