​I was diagnosed with PD a few months after my 50th birthday, smack dab in the middle between the cut off for early on-set PD – those who are diagnosed before their 40th birthday – and the average age of diagnosis, which is 60.  Thus, I’ve determined I have “Precocious On-set PD” – or POPD for short, a designation I think should be incorporated into the medical nomenclature were that medical professionals were inclined to ask.

But regardless of how cleverly I announce it to myself or others, the diagnosis requires a new normal. I was diagnosed on Thursday, November 5, 2015 – Guy Fawkes Day, a coincidence that amuses me because the diagnosis has upended our lives the way Mr. Fawkes had hoped to upset the English monarchy in the 17th Century.  My husband and I spent that weekend in a metaphorical fetal position, imagining the possible wreckage of our futures with my PD. We stayed in our bedroom watching silly television shows, ignoring our children as much as possible and foregoing a party that we’d looked forward to. I read Jon Palfreman’s book on PD, Brain Storm, and forced my husband to stop Googling PD. We soft-pedaled the diagnosis to our children that Sunday, telling them what we hope to be true – that my symptoms will remain confined to the tremor in my left hand and implying that this is all that there is to the malady. Then we had a drink – or two.

Our new normal began the next week as we started to tell people.  I’m relieved to report that, thus far at least, no one has said that they’re happy I’ve received this diagnosis. Several people have noted that it sucks. It does suck. But, it is what it is – a phrase I never realized was so profound.

Frankly, I wish more people would just acknowledge that a diagnosis of Parkinson’s Disease does suck and move on. It’s not like I don’t already know this. Parkinson’s Disease is not curable and finite. It’s chronic. It won’t kill me, but it may cripple me slowly.  The disease is called neurodegenerative after all. The possible physical degeneration – stooped posture and dyskinesia isn’t the truly scary part of the chronic disease for me.  Frankly, neither my husband nor I are quite sure we’d notice if I got considerably less coordinated, as I’ve never been graceful.  Ever. A decade plus later, my husband still mentions the time I did, quite literally, trip over paint – thick, recently applied street paint, thank you very much.  But paint nonetheless.

All of us know—in theory— that over time we lose brain cells that can never be replaced. It sucks to know—in practice—that some are vanishing faster than they should be and to see the results in daily life. My twitchy left hand is a minor inconvenience – it’s the possible deterioration of my mental acuity that really, truly, deeply sucks. It’s the fear of losing part of my mind that pulls the dark humor and good cheer right out of me, even when I’m reading about promising clinical trials or following both Western and Eastern neuro-protective protocols.

Thank you for participating in this “Suckfest” when I share my diagnosis. But then let’s move on. True, I twitch – but I am more than a “Twitcher.” I am still me. Granted, this new normal comes as a shock for my friends and family; I’ve had my tremor for a bit, which is why I got a neurological referral in the first place. Although hearing a medical professional confirm what I’d feared was a shock.  We’re all in shock. But we’ll adjust. And we’ll come out on the other side into a world where I don’t hide my tremor and no one will want to talk about PD any more. In time. It’ll just take us a little bit of time. We will adjust.

My husband sees an upside to this PD thing. He thinks I should get a “Parkie Pass” from various volunteer commitments. [I did beg off one major commitment and am deeply grateful to the group o’ gals who took over the endeavor and did it better without me. Thank you.] But I think he did this not in the interest of neuro-protection but so I will get through more of my ‘To Do’ list around the house. My husband is unwell. As in warped.

I may not be able to Shake It Off. I may very well Shake Rattle and Roll in the not too distant future.  But such is my new normal – and now the bad wordplay also includes PD.

I’m unwell.  As in warped. But we’re all going to be just fine. 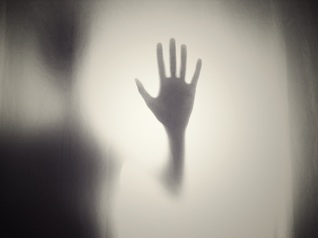 One thought on “POPD Sucks”