There are about two male doctors for every female MD in the USA. And yet most XYs won’t visit these professionals without pressure – either inside their chest… or on their metaphorical posterior. Why? Because there is something on the Y chromosome that compels men to throw common sense to the wind when it comes to medical care. Take my husband for example.

Despite a family history of colon growths – his mother – and cancer – his maternal grandfather –  I had to ‘remind’ him ‘several’ times to make an appointment with a General Practitioner and then make his colonoscopy appointment once he got the GP’s referral. The doctor – a male – removed three small polyps from my 49-year-old spouse’s colon. Do you think my beloved credited me with saving his life and worshipped at my feet? Nope. He slept the afternoon after the procedure and, when finally conscious, reminded me that nothing says Christmas like starvation and rectal probes.  True enough. And maybe, just maybe if I hadn’t asked him, repeatedly I’ll admit, if he was ‘shittin’ clear yet?’ every time he went to the bathroom the day before the procedure he would’ve been more inclined to credit my efforts with saving his ass.  [Pun intended]

“I knew I had to get the colonoscopy,” he replied repeatedly to my oh-so-subtle suggestions that he consider genuflecting whenever I enter his purview.  And while knowledge is power, it does not an appointment make. I think it is important to note that my husband is an attorney despite the lack of logic demonstrated above.

Butt [Yes, I am channeling a 12-year-old boy] seriously, why is it that he, an intelligent professional  with two post graduate degrees, even, is an irrational procrastinator when it comes to seeing medical professionals? It’s the Y chromosome. Seriously. Do you know any woman who looks forward to visiting her Ob/Gyn for a check up? No. Not one.  None of us do. Any yet we find ourselves in stirrups annually.

What is it with that Y chromosome?  My ersatz sister – aka Eleanor for the purposes of this web space – has a theory: “Men are less stringent about self-care because they’re not usually the primary caretakers of others,” she said. Images of returning to bed after nursing one of our children to find their father fast asleep popped into my head. “They really don’t get the ‘put on your oxygen mask before helping others’ thing because they don’t do the helping as much as women do.” Those selfish oxygen hogs.

Another theory posits that the definition of masculinity does not include mundane self-preservation like going to medical professionals for anything other than an emergency.  Sure, if you’ve injured yourself pursuing some macho activity – an extreme sport, cutting down the family Christmas tree in a forest, solo – and there is blood and maybe even an internal structure out of place, then you’ll get into an ambulance. But make an appointment with a neurologist, say, after an unexplained seizure? Or following up with a cardiologist after randomly fainting?  Maybe think about seek out a gastroenterologist after spending days on a toilet (unrelated to a colonoscopy that is)?  Nope, nada never. I could go on, as there are many XYs in my world, but you get the gist; if you’re a guy – gay, straight or bi – fuck no, you won’t go. God forbid real men should make, let alone keep, a routine appointment with a doctor – especially one that might involve uncomfortable moments with digits. Men?! What is on that Y chromosome that convinces them that medical ignorance is bliss?

Dude, dudes go to doctors. Have you ever heard of early intervention? Please, guys, go to that appointment. Please. Pretty please?  Because regardless of how annoying you can be, we love you and want you to stick around for a while. So next time, you (my beloved especially) roll your eyes at an XX’s subtle encouragement – even if it’s repeated ad nauseam – to seek medical advice, please just make the appointment. And know that when we’re expending our reserve of exasperation – which I assure you is not bottomless despite what appearances might suggest – to remind you to go to the doctor in a car, not an ambulance, it’s because we love you. And sometimes love can be annoying, but that’s because we’re scared that if you don’t get to a doctor sooner –then later will be just to darn late. We love you guys, even if we don’t always understand you. 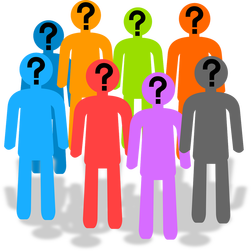 One thought on “An XY Fret”