]There are many roads to the Mecca of motherhood. All are bumpy.  All lead to the rollercoaster of emotions that is parenthood. The blessed and life-affirming firsts; baby’s first step, first tooth, first love and its inevitable denouement. Then there are the less savory firsts …. first time they lie, their first speeding ticket…. the firsts I hope I never know, though I doubt I will be spared.  I’m told that the ride smooths out usually… at some point. Some point soon I pray.

I took three paths to motherhood.   My oldest son, aka My Souvenir Gift Item, is so nicknamed because he was my stepson but, when I divorced his father, I was blessed to keep him in the divorce. Thanks to a great team of Legal Eagles,  he is now just mine. My daughter – the sixteen-year-old intent on killing me – took a couple of romantic dinners over a couple of months. She was a  pleasure to conceive. My younger son had a more challenging inception – he took several heart-breaking rounds of IVF to come into existence.

Sometimes, presence is enough. If you buy the ticket and take the motherfucker of the Mother-Ride, you’re a blessing by whatever loving appellation you choose.

Motherhood, however, you arrive at it, is a marathon trek across many terrains with many phases, each of which is accompanied by Darwinian genius. In fact, ‘motherhood’ seems too general a term. I am a mother, I was a stepmother, and I have been called – appropriately, I admit – a motherfucker. There is power in the vulgarity of that last title – but that is fodder for another blog.

Along with the usual icebreaker questions – “Where are you  from?” “What do you do?” – there is also, “How many children do you have?” The first two are easy for me to answer [for those not paying attention; I hale from New York and do both too much and not enough]. The third  however…  well…. stymies me.   Do I list three? “Two bios and one souvenir gift item. The two biological children from my second marriage and the souvenir gift item is the stepson I kept in the divorce” Or, do I list all four, “I have two biological children, one stepson I kept in the divorce and his older brother, who passed.” I don’t want to be Debbie Downer. I don’t want to depress the questioner, those within ear shot – or myself for that matter. It’s exhausting to go through the winding road of explanations  about my relationship with my elder stepson. How I was his “Other Mother,” the one who made the pediatrician appointments, drove to the school bus and went to PTA meetings  But I also want to honor the life lived as well as other mothers without portfolio. Like many questions,  the answer is simple only on the surface.

There is no Darwinian advantage to losing a child.  Children of every stripe  are supposed to outlast parents; they are our legacy. All mothers have holes in our hearts, we carry the losses of our dreams for our children – and their dreams for themselves. We are warehouses of woes. And the ones who can show our children the road out of that dump; we are the resilient road to hope.

I became a mother three different ways; each resulting child is a pain in my ass—with one who remains a heartbreaking hole—and also my greatest blessings – often on the same day. But there is power in all aspects of motherhood, of mothering. That’s why it takes a village –extended family, friends, teachers, paid caregivers… all hands available on deck – to raise a child.  Celebrate your role in the motherhood paradigm today and every day. Because it will take decades for those you mother to appreciate your efforts. But dang, I do so love those little motherfuckers. 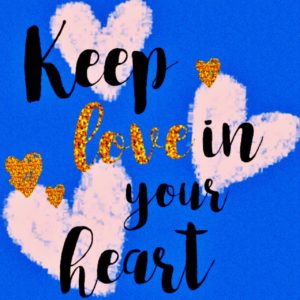