Maternal love is a constant tension between caring and its opposite. “Choose your battles wisely,” my friends and I remind ourselves and each other.  But in the moment, it is so very hard to make any choice let alone a wise one. What to let slide?

“I don’t care what you wear to Joan’s party.” “No, you are most definitely not going out in public in that.” Each sentence was true when uttered.

I don’t care about my teenager’s fashion choices per se – I do care when I can see a hint of her derriere in a pair of shorts.  Private parts are just that – private.  They’re not meant to seep out of your shorts. Or skirts.  I don’t care what her backpack looks like or the color of her binder, only that their contents represent my daughter’s best efforts.  I don’t care if she disagrees with me – only that she does so respectfully.  She can feel whatever she wants to feel – her emotions are hers alone.   I just can’t allow her to vomit forth those feelings in vile, hurtful and generally inappropriate ways. I don’t care if she doesn’t like me for a time – only that she knows that I would crawl through molten lava to save her.

It’s okay if my son thinks I’m heartless for telling the nurse to send him back to class. I only need him to know that if he’s really sick he can puke on me as I rush him to the doctor.  He can damn my decisions to heaven, hell then back again – as long as his little body gets the sleep it needs.  It’s okay if he loses a game, as long as he’s a good sport about it.  Same is true if he’s victorious in a match.  His feelings are his to own – I only care that he learns how to channel them appropriately and without hurting himself – at least not too much.

I don’t care that my children aren’t Olympic athlete-nuclear physicist-supermodels.  I only care that they achieve something meaningful with their lives.  And that once my job is done and they don’t need me anymore, I just care that they call me sometimes. 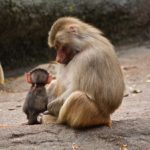