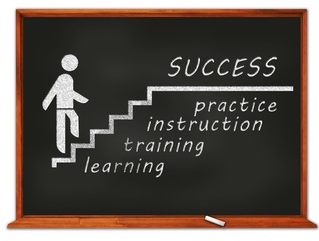 I returned from a school meeting around 8 pm the other night. As I walked upstairs I saw the eerie light of a digital screen peeking out from under my daughter’s bedroom door. I opened my tween’s door.
“I was listening to music,” she said while unplugging her head phones.
“You have an iPod Nano for that,” I said closing my laptop.
“But I like Spotify better. Will you cuddle with me?”
“For a little bit,” I said opening up the computer so I could get started on the evening’s ‘to do’ list.She told me that her day was good –  I have the only girl in the class who doesn’t share with her mother. Thank heavens I have no shame when it comes to quizzing her classmates’ mothers … and thus I also pick up a lot of bar tabs without protest or else I’d be completely out of the girl drama loop.  Anyhoo…  I gave her a couple of details about mine… which did not elicit reciprocal details, so I returned my focus to the laptop… where I found an open window … displaying designer shoes.… Ah ha! The real reason my little fashionista wanted to ‘listen to music’ on my machine rather than hers.

Recently, my daughter questioned how my mother – her grandmother – and I could be related.

“Why, because we don’t look alike?” Nope. “Because she is thin and glamorous?”
“Kinda. Because she is into fashion and make up and you… well…” We laughed together – back then at least.

I told my Mother’s Revenge that she should spend less time on make up and fashion and focus more on school. She protested, claiming her grades were good. So I clicked on Quickschools – naturally, I have the grade tracking website bookmarked.

“C is an average grade,” she informed me; thus, her mostly B grades are above average – or so she claimed.

“Not in this house!” I huffed back. I was ‘instructed’ to leave. I did so happily. My daughter drifted off to sleep. I began a long, Woody-Allen-esque night of asking myself where I’d gone wrong.

I curled up on my office loveseat to watch Martin Smith’s outstanding (as usual) reporting from Syria. My problems are insignificant by comparison – yet they consumed me. Syrian children are going to school yards from buildings — and the lives they once held — shattered by car bombs – where random explosions remain a constant fear. Maybe it’s because I don’t have to worry about shrapnel blinding me or crippling my children that I have the mental space to focus on my daughter’s incongruous view of what a good grade is. How can a child of mine be okay with B’s? Is it possible that she didn’t inherit my inner drive for excellence (aka ‘gunner-ti-tis’)? If so, how can I facilitate my kids getting in touch with their ‘inner-gunner’ –  before their indifference cuts off opportunities I have spent considerable resources making available to them.

I, I, I. I am a volcano of fear and frustration. My worth as a mother demeaned by my children’s lack of interest in straight A’s. I, I, I… hmmm…. Do you think that the repetition of I means something?

I came downstairs in the morning to make myself tea – and discovered a worksheet my son hadn’t completed the night before. I know that there is Halloween candy somewhere in the house. Alas, there was no time to sugar away my sorrows. And even I can’t condone breakfast wine…. So I reverted to my natural emotional state – repression – and focused on getting my family ready for public consumption.

“You are most definitely not going shopping this afternoon,” I ‘remind’ my daughter as I reach for the sunblock, the volcano of my rage and fear (they’re always together in my world) still erupting.  Shortly thereafter, all of us scowling, my husband and children left the house. I returned to rocking back and forth in a fetal position.

My ‘grade rage’ is all about me – my daughter is taking care of her schoolwork according to her standards. And it’s killing me because they’re not mine.

I want my kids to learn from my mistakes so that they can avoid making so many of their own – it’s part of my desire to amortize my pain… which is causing me more pain. Is this ironic or merely pathetic?  Hmmm… where is that darn Halloween candy?

I know the answer is to back off and let my kids find their way academically, guided by the school in which I have so much faith. But I also know that there are a multitude of unfair, not-always- justifiable-but-really-useful advantages that prestigious degrees provide. And I want my kids to enjoy these and every other advantage I can help them secure. I know it’s trendy to embrace failure…. But Bill Gates got into Harvard before dropping out of college. Neither the myth nor the level of achievement is as quotable if you drop out of the junior college to work at a minimum wage job.

So, if you see me in a dark room, rocking back and forth in a fetal position with my thumb, wine, Halloween candy, or all of the above in my mouth, you’ll know why.

And, while you’re here, if you don’t mind, please bend down and say ‘hi’ as my kids will likely be too annoyed or embarrassed to acknowledge me. And, please, understand I meant well.