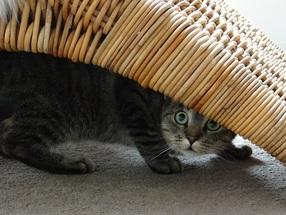 When I was pregnant with my daughter, a wise nurse-educator told me that having a child was the most intellectually stimulating undertaking around if you have even a modicum of curiosity.  I do so wish I could remember her name – I’d like to thank her.  Watching these cute, helpless little blobs evolve through the many stages of early childhood has been quite a rollercoaster – a very interesting one.  Sometimes, especially when they’re asleep, my children are predictably adorable.  More often, though –when their mouths are moving – they are maddeningly frustrating. Occasionally, these little creatures are surprisingly charming.  And, as they individuate, they are at times confounding.  Overall, they’ve reflected the best and worst of their father and me and in so doing, have taught me about our world and even about my husband and myself.

My son was a ‘go-along-to-get-along’ angel until his first surge of testosterone –around five or six years old – when he suddenly took stances that were intractable—usually when he was very tired or hungry.  At seven, he is a little imp who is fairly easygoing – until he is absolutely, positively not.  Sometimes, when he has a tantrum, he tries on a tough guy demeanor where he damns the offending member of the household who ‘caused it’ to “I don’t love you anymore” hell.  This is followed by a heart-wrenching apology a couple of hours later where he cries repeating, “I love you” to the former offender between sobs. Sometimes he damns his own humanity, which is heart wrenching because he is a sweet kid. I’m hopeful that he will learn to channel his negativity when it arises with a bit less drama as he matures. I hope that my pleas for him to express himself without a tantrum, so that we can avoid the operatic apology, take at some point.

Seeing my daughter and her tween friends’ evolution gives me some hope that this might happen.  She is 11 years old and busy trying on different traits.  One day my daughter is a sassy ‘adult’ who has all of the answers, the next, a little girl asking me to cuddle with her, ‘just a little longer’, before leaving her to sleep. Her girlfriends are also auditioning personalities, trying to figure out who they will become. One gal pal – the youngest and only girl of three children – tried on ‘bossy’ during a couple of play dates.  She retired that personality pretty quickly because bossing my seven year old around got her nothing.  Another tween tries on my daughter’s zest occasionally with mixed results – sometimes she’s spunky, at other times cheeky. In the same way that these girls used to play dress up with costumes, today they try on different personalities to see in which they fit, tossing those that aren’t working the way they used to discard costumes when the pretend play changed. While I must breathe deeply–and sometimes sip Chardonnay—through some of these ever-changing incarnations, I do hope the result is people who are comfortable in their own skins.

Curiosity may have killed the cat, but it sure does keep me going when the rollercoaster of parenthood takes a particularly steep downward turn.

My daughter is both a wise young woman and a small, needy child. Her friends also straddle these two worlds – some more gracefully than others.  I pray that that some of her current friendships are life long and that regardless of their length they bring out the best in each other while they last. I don’t know which is more influential nurture or nature but I do pray that they work together – with and through me – to make my kids the best versions of themselves that they can be.

I also hope that the process doesn’t kill me – and that my liver doesn’t go on strike – before these two are ‘launched’. 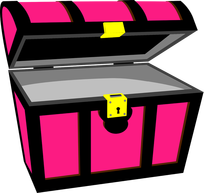