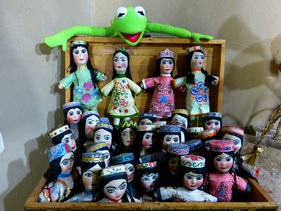 Judaism requires that we bury our dead within 48 hours of their passing. This is followed by a week of intense mourning called shiva, Hebrew for ‘seven’. After these nine days, ‘normal’ life is supposed to resume for those who were close to the deceased. This reminds me once again that my practical tribe started in the desert and is filled with wishful thinking regarding the human psyche.

About two years ago, my ersatz sister lost her mother. While the woman – we’ll call her Elinor – was 81 and in failing health, her actual death was sudden. This meant disrupting life and planning a funeral from across the country. I scrambled and I flew to New York City with “Emma” her husband and their boys. I called my mother to tell her the news and to see if she could help Emma get a hotel room.

“Mother, do you have any helpful hints to secure a hotel room for tomorrow ?”  “On such short notice?” My mother – who please note, is Jewish and has buried a few relatives – asked. “Yup,” I replied. “It’s summer, [a busy travel season in NYC for those living under a rock] Emma should’ve planned ahead,” my ultra-organized mother replied.

Luckily, Emma got great rooms in a hotel near our childhood homes. I stayed with my mother close by.

I called my mother again to let her know when I’d show up on her doorstep. “Mother, the funeral is Wednesday.”

“I have a dance lesson,” she informed me without missing a beat or asking for the time of the service.

She didn’t attend the funeral or stop by the shiva. My blessedly still agile mother was too busy celebrating life to attend the funeral of an acquaintance. I’ve found that a common thread amongst older folks is that the closer they are to their own funerals, the more selective they are about the funerals they attend.

I spent four days in New York City mourning Elinor, a complicated woman with whom I had a nearly life-long relationship that can be best described as ‘interesting’.

I also spent time with my mother, learning how she envisions her funeral.

“Was Elinor religious?”
“No, she wasn’t particularly devout.”
“Then why is she having a service at the Temple?”
“Okay Mother, you don’t want a temple service.  Got it.”
“Amy, I’ll be dead. A graveside service next to your father – I want be buried next to him – will suffice.”
“Shiva?”
“I don’t want people in the apartment.”

This conversation – which did go on – increased my admiration for the life force that is my mother. And, while I hope she lives to be a thousand, knowing how she wants her finale to go gives me some peace of mind. I think it does the same for her.

One night, shortly after my return from NYC, my first-born was over-stimulated and over-tired and thus couldn’t sleep. Even after I gave her Benadryl she kept talking and wouldn’t let me exit her room.

“You said Emma’s mom and Grandma weren’t friends,” she said. I braced myself for where this conversation might go as I was horrified that she had overhead this tidbit somewhere, somehow. [Side note here; heed this warning; kids have ears like fucking bats.] “But you’re good friends with the moms of all of my good friends,” said my semi-sleepy child. “Well, I’m lucky I like the moms of your friends,” I stumbled in reply with begrudging admiration for my perceptive Little Pistol.

I am friendly with all of the parents in both kids’ classes because I believe in social engineering. It is up to parents to know each other at least well enough so that we can share information to help our little in-form-ation creatures mature in accordance with our values.

My first grade son has play dates with girls… well, one so far… but it was good and I am working on others. Why? Because young men who are friends with young women are much less likely to rape them – it’s harder to dehumanize dates when you have friends who are female. No, I don’t think my son has any violent, hateful tendencies but neurosis is my bailiwick and thus my kid’s play date roster is varied – one never knows after all.

Yes, like most tykes, he has a best friend, but he plays with all of the boys in his class because I want them to be a team who grow together as they blossom individually.

My 5th grade daughter has a ‘bestie’ with whom she is hermetically sealed. There are days when I want to give into convenience and encourage this friendship as the girl’s mother is one of my closest pals and her brother is the best friend mentioned above. Nevertheless, I make my ‘tween’ play with all of the girls in the class because when these 18 girls graduate together in three years, I want my mascara to run for all of them – and want my (hopefully) makeup-free daughter to feel the same.

By forcibly expanding my children’s social horizons, I hope that they can take the ‘good’ from their childhood and leave the ‘crazy’ behind – and I do hope that I’ll remember to do the laundry so that they can host my shiva at my apartment when I die.